Cheapest Place To Rent In France – Affordable Places To Live 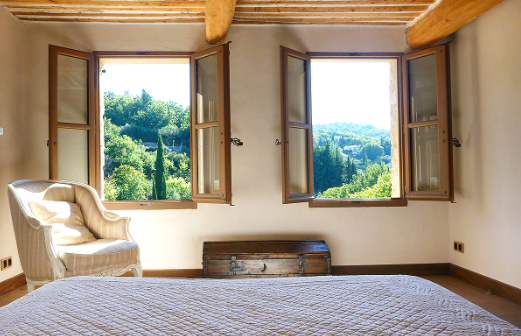 Rents in France are one of the most expensive costs of living that a dreamer of living there may ever encounter.
The only way to fulfill such a dream is to hunt for one of the very few affordable cities to live with the Cheapest Place To Rent In France, and then arrange the other elements of the moving process Cost of Accommodation / Rental and Transport in Paris

My recommendation is to look for a neighborhood outside the center, if you choose Paris, you can look in Montreuil which, being connected to Paris by metro and bus, will be like living in the city, but with much cheaper rent.

Renting a car can be very cheap, if you leave any of the airports (less than an hour from the center of Paris), you can find cars for a little more than € 30 a day with insurance.

The metro ticket in Paris costs € 1.90. You can also get the Navigo card and pay about € 20 a week plus the € 5 for the card, remember to bring a passport photo because if you get caught with the card without a photo you can be fined.

Cheapest Place To Rent In France

What are the most calming window view to see every morning, obviously a highland with lush greenery! Not only known for its football team, but Saint-Etienne also sits on top of our list for the Cheapest Place To Rent In France. It takes an average of € 7.8 per m² or less than 400 euros for a 50 m² apartment to rent! In Paris for that price, you might only get a stairwell.

It’s getting a little tight in Mulhouse! In one year, rents fell by almost 3% (8.3 € / m²). This is apparently good news for all of you hoping to find cheap short or long-term spacious house/flat/department rentals in France. Except that you and I know that it is not only the size of the property that counts. Lying just outside the Swiss and German borders, Mulhouse has some of the most amazing views to enjoy.

Hidden at the far left of France, Brest is one of the cheapest student cities with, for example, studios available to rent starting from € 350 per month. The average rental price per m² remains at € 8.3 per m², just like its Alsatian counterpart at the other end of France. Not enough though to stay in neighborhoods near the port de Brest.

Stunning land of medieval and Renaissance enamels and porcelain artifacts, Limoge is not only famous for that. Notice with a name like that, you shouldn’t expect sufficient employment for its residents, huh! No wonder then that rents are breaking down (-2.5% in 1 year) with an average of € 8.9 per m².

Even at this price, it is difficult to attract people to the poorest city in the famous Clermont-Brive-Limoges triangle of solitude. Except that behind the cliché of the lost country town, hides a city full of charms that will make you want to take the ride (in a limousine of course!)

Who said it smelled like pâté on the Le Mans side? Rents are among the lowest in France with an average of € 9.5 per m². It would almost make you want to settle there … almost.

If you were wondering why there were so many young people in Besançon (6.8% of the population anyway), well, this is mainly due to its ridiculously low rents (€ 9.6 per m²). It’s indeed one of the best cheapest places to find nice apartments for rent in France

An emphasis that lasts, the sea on one side, the mountains on the other, a lavish rich cuisine,  a legit French place in the sun… and all that for some of the cheapest rents (€ 9.7 per m² )? Remind me again why we don’t live in Perpignan already?

Why go pay a blind rent in Nancy or Strasbourg when you can get nice apartments for rent for even less money in Metz? Okay, Nolan Roux will not be messing next year, and that’s still a big blow to the attractiveness of the city.

The city that saw Burnain grow has not yet taken a significant headline. And since the Auvergne has a reputation for not throwing their money out the window, there is no reason why they should waste it on rent. Average price seen in Clermont-Ferrand: € 10.2 per m².

Voted the best city in France in 2017 for its quality of life, Angers nice apartments for rent remains accessible in terms of (10.4 € / m²), the 10th cheapest city to find accommodation in all French regions. What is it? Two hours from the sea, 1h30 of Panam, and 20 minutes by bike from Cantenay-Épinard, the hometown of laziness!

Renting Houses in France Long Term & Short Term – We’ve put together this short guide to buying and owning property in France to help you understand the process of buying, and the taxes you will have to pay as an owner.

We’ve put together this short guide to buying and owning property in France to help you understand the process of buying, and the taxes you will have to pay as an owner.

Renting a House in France for Vacation Procedure

The rental contract, ‘bail’, is usually for three years and can be tacitly renewed. If you are planning to move out, you must give three months’ notice or one month if the cause is a change of job or unemployment. The letter of the notice must be sent to the landlord by a registered post.

The costs usually associated with a rent include;

It is generally accepted that the amount of the rent should not exceed 30% of the tenant’s net monthly salary which is calculated as the average of the last three payslips.

Amount of the Rent

Accommodation constitutes the main expense for most French households. As in many countries in Europe, town center accommodation is generally more expensive than on the outskirts. Rents are higher in residential areas and in districts that are well served by means of transport going to the town center or to economic areas where there are jobs.

The Guide 2 Brittanys’ guide to towns and villages each contains the average rental and sales price for that area.

You should always remember to ask about the level of the service charge and what you get for it such as heating and hot water.