Driving in France with US License, Age, Rules & Tips 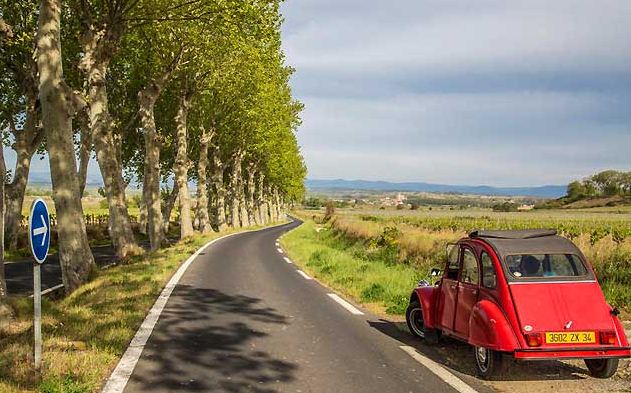 Driving in France with US License, Age, Rules & Tips – As we reported at the turn of the year in our article ‘Tougher Road Traffic Laws in France’, the French government was proposing to make it obligatory for all motor vehicles (excluding mopeds) to be equipped with breathalyzers to test alcohol levels in a driver’s bloodstream.

Now it’s official with the publication last week of the new law in France’s Journal Officiel, the official French government gazette where all new laws in France are promulgated.

From 1st July 2012, any driver of a motor vehicle (including motorcyclists) will need to add a breathalyzer to the list of equipment to be carried while driving in France such as hi-viz vests and warning triangles. The new French breathalyzer law applies to all drivers whether French or foreign and any driver discovered by the gendarmes to be not carrying an alcotest breathalyzer kit whilst driving will face a fine of €11 once the law is fully in force come 1st November 2012.

Between 1st July and 1st November, the new French breathalyzer law as published in the Journal Officiel provides for a period of grace whereby although the obligation to carry the breathalyzer kit on French roads remains, motorists with no onboard breathalyzer will be warned of the necessity of carrying them. The delay in the imposition of fines is to allow for more publicity of the new driving law in France and to ensure manufacturers of breathalyzers in France can cope with demand.

In France, the only exception to the new breathalyzer regulations amongst motorized vehicles is mopeds (cyclomoteurs) with an engine capacity not exceeding 50 ccs.

Driving whilst under the influence of alcohol remains a major contributory factor to deaths and serious injuries on French roads despite the French legal limit being half that of the UK. Road fatalities on French roads declined by an insignificant amount in 2011 from the previous year’s figures and still hover around the 4000 per annum mark. By comparison, deaths on the UK’s generally much more congested road network stood at 2222 for 2009 and 1857 for 2010.

A spate of serious accidents and spiraling road casualty figures at the beginning of 2011 led the French government to have a rethink on a number of tougher measures including changes in the law on speed camera warning devices and, of course, the new French breathalyzer regulations. A further factor concerns an EU obligation on the French government to bring down the number of road deaths. Unless EU target figures are met, then member states failing to comply face stiff financial penalties.

The French government hopes that by merely having the breathalyzer equipment in a car, motorists may think twice before taking to French roads having consumed alcohol above the legal limit.

In supermarkets, the breathalyzer kits are expected to cost about €1.50 each but it may be advisable to carry at least two breathalyzers in each vehicle. If the one and only breathalyzer in a car is used, the test is negative and the driver is subsequently stopped by the gendarmes, he or she will not be able to point to an unused, approved, in-date breathalyzer within the vehicle.

For multi-car families, buying online may be a cheaper option. Test-drogue.fr, for example, is selling packs of 10 of the breath-test kits for €12.67 (search under ‘ethylotests’).

1 thought on “Driving in France with US License, Age, Rules & Tips”