How Long Is The Flight From New York To Paris

How Long Is The Flight From New York To Paris

Why do you spend less time flying New York-Paris than Paris-New York?

Paris To New York Flight Time – An airplane leaving from Paris to land in New York takes 7:50 to 8 hours to make the trip. In the return direction, the flight takes about 45 minutes less. A systematic shift, due to the rotation of the Earth.

No, planes suddenly decide to slow down on arrival in Paris to admire the Eiffel Tower. The slowdown in return is due to a strong air current: the jet stream.

An airplane leaving from Paris to land in New York takes about 8 hours to make the trip. But in the return direction, the flight takes 45 minutes less. Indeed, there is a systematic shift, due in particular to the rotation of the Earth which gives a general impulse to the high winds that circumnavigate the Earth at high altitude.

The high-altitude winds in this part of the northern hemisphere travel from west to east, which explains why the flight from NYC to Paris is faster than the one from Paris to NYC.

At first, the sun warms the equatorial regions much more than other regions of the globe. The warm air rises and begins to move towards the poles. But as the Earth orbits around itself, the wind is deflected. Indeed, the rotation speed is 1670 km / h at the equator and it is zero at the poles.

The hot air masses are therefore advancing as they progress towards the poles. And when they reach 30 degrees of latitude, their speed is so high that they do not progress at all in the vertical direction.

So we have a kind of corridor, 50 to 150 km wide, in which the jet stream is blocked. This current is however not regular: there are important variations according to the seasons (it weakens during the summer) and “holes” in the corridors. In addition, the jet stream of the northern hemisphere is more unstable and stronger than that of the southern hemisphere.

Several airlines are looking to make the most of the jet stream. The Quebec region is well overflown: flights from Montreal, Toronto, Detroit, Chicago, New York, San Francisco, and Los Angeles will all converge on Quebec to take the best routes to the North Atlantic. In the return direction, we will seek instead to avoid this famous corridor.

At Air France, there is a person who monitors the winds, but the company says it does not change its routes so far. A particularly strong jet can, however, spare you 50 minutes on a Paris-New York flight. 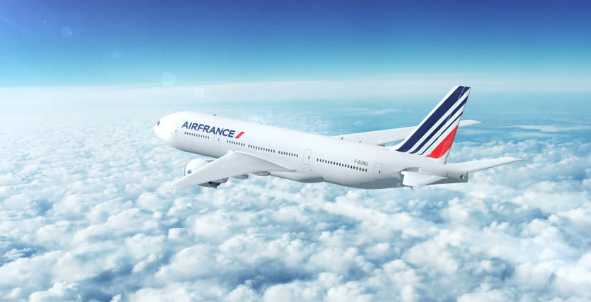