Charente France All You Need To Know! 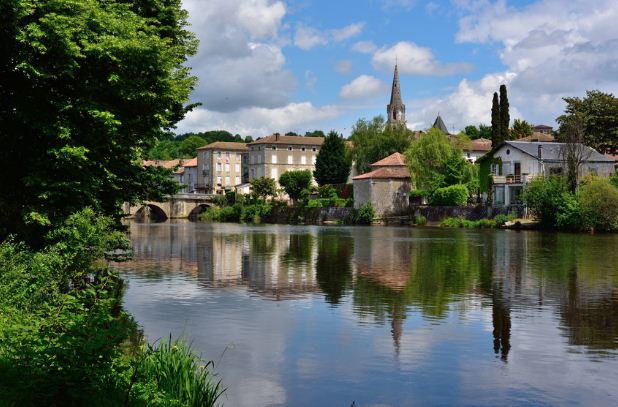 The Charente Department is the southeastern segment of the Poitou Charentes Region, bordering the Haute Vienne (Limousin) to the east, the Dordogne (Aquitaine) to the south.  The neighboring departments of Vienne (86) and Deux Sevres (79) is situated to the north, and Charente Maritime (17) is situated to the west.  The key arterial routes through the department are the RN10 (north-south), which has significant stretches of motorway (notably around Angouleme), and the RN141 (east-west) which carries traffic between Cognac – Angouleme – Limoges (Limousin).

Whilst there is a regional rail network operating (TER) that links a significant number of towns, the department has access to the TGV (high-speed train) which carries passengers between Paris and Brussels in the North, and Bordeaux/Hendaye in the South.  The TGV stops at both Ruffec and, more frequently, Angouleme.  The department has a commercial airport at Brie/Champniers, and this was recently upgraded (new commerce and extended runway) and re-named Angouleme (Cognac) Airport ready for the introduction of budget airline routes to the UK from early 2008.  Prior to this, options by air were via La Rochelle, Poitiers, Limoges, Bordeaux, and Bergerac.

Whilst Charente is inland, its climate is driven by the Atlantic Ocean, and this results in warm (often hot) summers and cool (but not excessively cold) winters.  There is little difference between average temperatures across the department, although there can be significant differences in average rainfall.

The beautiful and picturesque Vienne River sweeps through the northeast of the region via Confolens, but it is the River Charente which plays a more prominent part in the Department, winding its way down via Ruffec to Angouleme which is its most inland navigable point.  The River has historically played a major role as a trade route for the movement of salt and cognac, but now provides many superb opportunities for tourism.

Charente may be famous for the Charentaise Slipper, Cognac, and Pineau des Charentes, but there is a great variety of things to see and do here for visitors.  Picturesque lakes and rivers for outdoor pursuits like fishing, swimming and canoeing, historic buildings and monuments, pretty villages, spectacular castles, wildlife, animal parks and zoos, tranquil walks and cycle paths, rolling countryside and events as diverse as rock concerts, comic strip festivals, folk festivals, hot air ballooning and classic car racing.

Major companies in the Charente are Cognac Houses like Hennessy, Remy/Cointreau, and Martell, but in addition, Leroy Somer (manufacturing/engineering), Schnieder Electric and Auchan (supermarkets) also have a sizeable presence.

As with the whole of the Poitou Charentes region, Charente has a bigger proportion of older people than younger people (22% of the population is under 20 years, and 25% is over 60 years).  There are more males than females here (51% vs 49%), and this does not match the national picture.  5.5% of homes here are classed as second homes (less than the national average).

Outside there are 2 further pools and 2 slides, a paddling pool, lots of fun for all.

If possible to buy tickets for 10 visits at a reduced cost.

The following is a list of places where it is possible to park up overnight, and where there are service points for taking on water and emptying waste.  These facilities are for motorhomes only, and not intended for use by caravans.  These are often owned and run by the local Mairie (Mayor), and many are open year-round.

Built in 1810 by the Augier family and bought by Auguste Hennessy in 1841, this quasi-colonial style building is set in 7ha of parklands on the banks of the Charente River.

The park, which was re-designed in 1910, can be visited each year as part of the ‘Rendez-vous des jardins’ event.   A winter garden was added to the property in 1876, and today contains a rich botanical collection including hibiscus, bougainvilleas and citrus fruits.

Gently sloping terrain towards the bank of the Charente River hosts an arboretum, with yews, maples, Japanese fusains, and silver limes.

2 thoughts on “Charente France All You Need To Know!”