Visit Angouleme France In Charente Know Things To Do 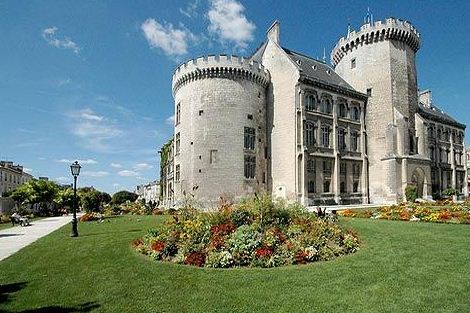 The nearest airport to Angouleme Charante France –  Angouleme has an airport to the North, with flights direct to the UK 3 times per week.  The City is also on the TGV mainline, with a connection to Paris possible in 2h20min.  Angouleme has an area of 21.85km2, and the Charente River runs through the center, with this being the most inland navigable port of the river.

Angouleme France Weather is Maritime, and therefore temperate with clearly defined seasons.  Average Summer temperatures are between 24C to 27C (13C-15C night), and in Winter this drops to 9C to 10C (3C night).  As with much of Poitou Charentes, the Autumn can be warm, with average temperatures in Sept of 23C and Oct 19C.  October and November are usually the wettest months.  Angouleme is part of a zone that receives over 2000 hours of sunshine per year.

Where Is Angouleme France – Angouleme is the capital of the Charente and is located to the South and East of that Department (at an altitude of 27m to 130m), near to the borders with Haute Vienne (Limousin) and Dordogne (Aquitaine).  The RN10 (Poitiers-Bordeaux) passes by the West of the City, and the RN141 runs along the West-East axis carrying traffic between Cognac and Limoges. Angouleme Tourisim – Established late in the 10th Century, the town is encircled by the Remparts [boulevards] above the old city walls, with the northern offering the best view of the Charente Valley below.  The town has significant architecture such as Cathedral Saint-Pierre which is a Romanesque-Byzantine structure from the 11th and 12th Century, and the 19th Century Hotel de Ville.  There is a covered market at Les Halles on the site of an old Jail that was restored in 2004.  Nearby, is the Chateau La Rochefoucauld [20km], considered one of the most magnificent in France.

Things To Do In Angouleme France

As you would expect from a city of this size all amenities are available. There are over 50 restaurants offering all kinds of cuisine including seafood, Indian, Vietnamese, Italian, Japanese, and Mexican.

The nearest swimming pool is a St Yriex Sur Charente (3.5km away).

Angouleme CFC plays its football in the Division d’Honneur of Ligue Centre Ouest, and the rugby team SC Angouleme plays in the Championnat de France – Federale 3.

Since the 14th Century, Angouleme has been connected with the paper-making and printing industry, with the most famous export being RIZLA+ tobacco rolling papers.

Angouleme Market – Currently, the largest businesses in Angouleme are Leroy-Somer (3 branches manufacturing alternators and pumps) and Sajon Angouleme (Intermarche Supermarkets).   Angouleme is part of the Angouleme economic zone, which has an unemployment rate of 9.7%, compared against the regional rate of 8.6% and the national rate of 9.1% (INSEE 2006).

There is a choice of 32 state Nursery/Primary schools, 6 state High School (College), and 1 state College (Lycee).  In addition, there is 1 private option from Nursery to College, through the Catholic Institution Saint Paul and 1 private option from Primary to College, Sainte Marthe Chavagnes, plus 1 other Catholic primary school.  There are a number of options at the Lycee level, with a number of professional colleges available.  A European School of Visual Arts here offers a Comic Strip Masters Degree.

Know Angouleme France better than we do?  Leave a comment below.