Chalais France Charente – All You Need To Know 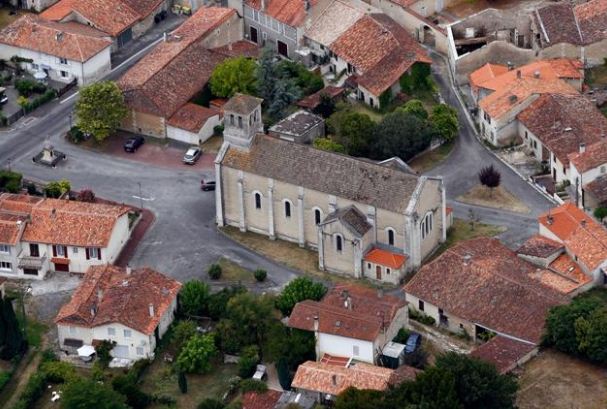 Chalais is a small market town (commune area of 17.58km2) situated in the extreme south of the Charente Department, close to the borders with both Charente Maritime and Dordogne (Aquitaine).  It is some 47km (29mi) from the departmental capital Angouleme, and the nearest larger town would be Riberac (Dordogne), which is 24km (15mi) away.  There are no major roads in the immediate proximity, and the town stands on the D674.  The RN10 can be accessed to the North West at Barbezieux Saint Hilaire (30km/19mi).  The village has access to the TER regional rail network, and this provides onward access to the TGV at Angouleme, where it is possible to connect to Paris in 2h20mins.  The nearest airport is also at Angouleme, but Bordeaux Merignac airport is also an option from here (100km/1h15mins).
See also:  Aubeterre sur Dronne

This rural town is famed for its international four-day show-jumping event ‘Le Jumping International’ which takes place every year in August.  The Chateau de Talleyrand-Perigord is an 11th-century medieval castle, which opens for tours during the holiday season (Apr-Sept), and the town has a 12th-century church (St Martial).  The town is situated close to Brossac where there is a small lake, and there is swimming available from the river beach at nearby Aubeterre-sur-Dronne.  The town has a number of restaurants, including Le Relais du Chateau which offers a medieval setting and courtyard terrace.  There are many sports and activities available in Chalais, including football, golf and pony trekking.

The economy here is centered around agriculture and commerce.  Chalais is part of the Sud Charente economic zone, which has an unemployment rate of 8.8%, compared against the regional rate of 8.6% and the national rate of 9.1% (INSEE 2006).

Chalais has most amenities, including a supermarket and a swimming pool.

There is a state nursery, primary and secondary schools available in Chalais, as well as a private option at primary level.  For college (Lycee), the nearest is at Riberac (Dordogne) or Berbezieux Saint Hilaire. Know Chalais France Charente better than we do?  Leave a comment below.