The first questions about the genesis of the French language appear in the sixteenth century when it already has five centuries of existence. From origins to its official recognition in 1539, here is the Brief History Of Origin And Evolution Of The French Language, one of the most romantic languages on earth. 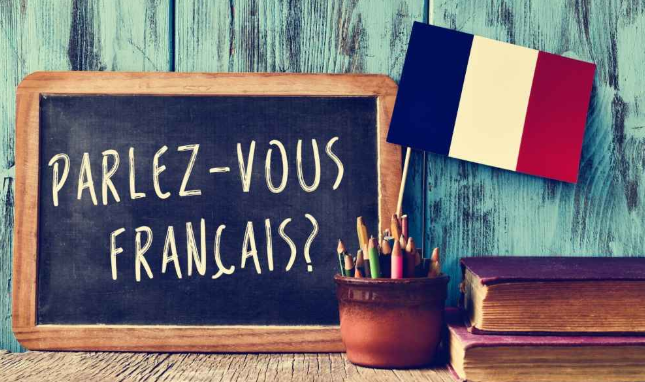 The origins of the French language: Roman Gaul

To understand the origins of the French language, we must go back two millennia. At the end of the Gallic Wars (from 58 BC to 51 BC), the territories south of the Rhine became Roman provinces. The development of cities and commerce increases the horizontal communication between the Gauls and the Romans: for five centuries, spoken Latin, called vulgar (vulgus: the people), which is a Celtic language.

However, the Gaulish is not a written language, so it is difficult to maintain, especially in the more Romanized south. Today, out of the 100,000 records in Le Grand Robert, a hundred words still bear the trace of their Gallic origin. They are mainly relative to farming, such as omble, bruyère, chêne, if, route, galet, ruche, mouton, tonneau.

Our ancestors the Franks

From the fourth century, many Franks are already established in the north-east and assimilated to the Roman armies. In the fifth century, when the Western Roman Empire gave way under the pressure of barbarian invasions, the Franks remained around the Rhine.

After several victories, Clovis unified the Frankish people who allied themselves with the support of the great Gallo-Roman families. For this, they adopt their language, Gallo-Romanesque, and their religion, Catholicism.

Because of the Germanic origin of the Franks, the pronunciation and the melody of the language are modified. They introduce new sounds (like [œ] sound of “fleur” and sound [ø] of “noeuds”) and a number of words. But above all, the Germanic people will give their name to future France.

At the end of the eighth century, education collapsed. The people no longer understand Latin spoken by clerics. At the end of the Council of Tours in 813, Charlemagne imposes to pronounce the homilies in the “rustic Romance language”, in other words, in local slang.

This decision marks the first recognition of the spoken language. But the real act of birth of French will take place three decades later: at the time of dividing the empire, tensions are felt between Lothaire and his two brothers, Charles the Bald and Louis the Germanic and they join forces against their brother.

In 842, Charles and Louis took an oath, each speaking in the language that his brother’s troops could understand: Charles in “Tudesque” (ancestor of German) and Louis in “Novel” (ancestor of French). Transcribed by a witness of the scene, the oaths of Strasbourg are thus both the birth certificate of the German language and the French language.

By moving from oral to written, the French language, still very close to the local Latin. In short, we spoke French from the moment we started writing it.

The languages ​​of oïl include among others the expressions of Picard, Walloon, Burgundy or Francilien, while the languages of the oc group included Limousin, Auvergnat, Provençal, Languedoc …

From the French language, we have about a thousand words, like nouns starting with an aspirated H: hache, haine, hêtre, héron or words like guerre, gâter, garder,etc.

Some appendices also mark the Francic origin, as well as different prefixes such as mé- (incompréhension, inadvertance) or certain syntactic rules, such as subject-verb inversion in an interrogative sentence.

Latin remains the language of religion, education, and legislation, but little by little literature in the vernacular is developing.

By the end of the 11th century, the troubadours to the south and the northern poets composed their poems in different dialects. The Song of Roland, written in Oïl language, is one of the most typical examples of the literature of this period.

However, there are great disparities between the texts: the dialects are many, free from strict rules, and the grammar, under the pen of facetious copyists, it is random.

In the twelfth century, the kingdom is still split between oïl and oc. However, the gradual extension of royal power from the Île-de-France allows kings to impose their authority. The language (oïl) becomes an instrument of power and a unifying factor of the kingdom.

The affluent history of the french language

In the fourteenth and fifteenth centuries, France witnessed dark times: the Black Death and the Hundred Years War decimate the population; the monarchical authority is on the edge. The texts of François Villon, written in the Middle French, reflect this troubled period.

For the modern reader, the language is more readable. Thanks to the loss of both declensions, the place of words has been established. The language is precise. Some graphs lend to beam (soques, pluye or oyseaulx). The letter Y is popular; on the other hand, K and W, doomed to be limited as Latin is now subdued.

The fifteenth-century witnessed the birth of the Italian Renaissance and the printing press; the ancient texts are rediscovered and the invention of Gutenberg allows a rapid spread of knowledge. To edit books in quantities, the language must be arranged. The native languages ​​then gain recognition.

The challenge is twofold: religious (the Bible is published in German in 1522) and used politically. By the ordinance of Villers-Cotterêts, in 1539, French became the language of law and administration to the detriment of Latin. By this political act, Francis the 1st wanted to “address France”.

A linguistic evolution of the french language

In order to give the French language a legitimacy and offer it its nobility, some hypotheses, sometimes complicated, are put forward: French would come from the sacred languages, that is to say from classical Latin, from Greek or even from Hebrew!

The first linguists lay the groundwork for a secular debate: should we privilege apply or contemplate the language? Paragon of this linguistic emulation, Joachim Du Bellay publishes Defense and illustration of the French language in 1549.  The authors of the Pleiades, of which he is the member, who played the role of theoreticians and lexicographers.

The language is again Latinized, sometimes even wrongly. Words considered “barbaric”, that is to say non-Latin, are censored from the lexicon. To respond to new facts, writers resort to more than 2,000 borrowings from other languages ​​and neologisms, giving rise to lexical doublets. For example, “Écoute” and “ausculter” share the same root (auscultate).

Banking Words in French and Phrases

Enjoying a double political and literary impulse, French is, therefore, a language that comes “from above”. However, the share of speakers speaking the King’s language does not exceed 10 to 20% in the sixteenth century. This situation evolves only very slowly, whereas the use of French extends into European courts and as far as the other side of the Atlantic.

French is a language of paradoxes, struggling to eliminate the “barbarian” in it, which is nevertheless a part of its identity. Between the shadows, the hazardous hypotheses and even a hint of bad faith, the diachronic study of the language thus inform us on the history of France, always wavering between its strong desire for a unit often fool and the fact of its diversity. 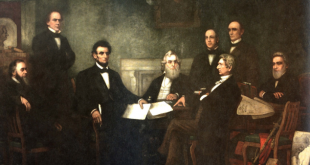 France and Britain Responded To The Emancipation Proclamation By …

France and Britain responded to the Emancipation Proclamation by declining to acknowledge the Alliance. Announcing …

The Foremost Composer Of Fourteenth-Century France Was Guillaume De Machaut

The Foremost Composer Of Fourteenth-Century France Was “Guillaume de Machaut”, born in Machault, around 1300 … 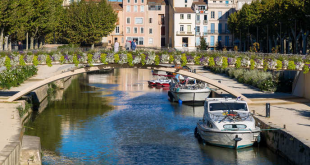