Aigre France, Literally All You Need To Know 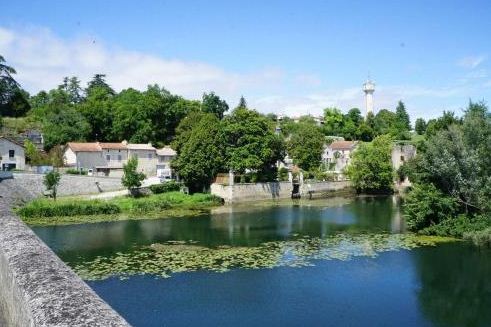 A village covering 6.59km2, and situated 33km(21mi) North West of Angouleme, 41km(26mi) North East of Cognac, and some 15km from the RN10 (using the D739 to Mansle).  There is no rail service from here, although a bus service is available to either Angouleme or Ruffec, both TGV stations.  Altitude ranges from 62m to 129m

Climate is maritime and so temperate with clearly defined seasons.  Warmest months are June to Sept daytime temperatures between 23C and 27C (12C to 15C night), and during Winter temperatures average 9c to 11C (3C to 4C night).  Driest months are March, July, and August (33mm), and the wettest October and November (57-59mm).  Aigre is part of a zone which receives over 2000 hours of sunshine per year.

Tourism around Aigre includes the gardens at Tusson, which include a medieval garden authentically restored to what it would have looked like in the 12th and 15thCenturies, in the grounds of the Priory.

Aigre has its own 5000m2 garden the jardin du molin de l’ouche,  filled with flowery shrubs and a 500-year-old Olive tree, it is only open between the first and third of June – 9 am to 6 pm, when you can buy some of the plants.

Aigre has most amenities, however, a supermarket is available at Villejesus (2km). The nearest swimming pool is at Mansle 13km away, and the nearest cinema is at Ruffec (23km).

Aigre is part of the Angouleme economic zone, which has an unemployment rate of 9.7%, compared against the regional rate of 8.6% and the national rate of 9.1% (INSEE 2006). Aigre is the home of Gautier Cognac, which has been made here since 1755.  Not surprisingly for a village this size, the distillery on the site of an old water mill is the biggest enterprise.

There are 2 Primary/Nursery Schools here, and there is one High School.  The nearest College (Lycee) is at Ruffec (23km).

Know Aigre France better than we do?  Leave a comment below.

2 thoughts on “Aigre France, Literally All You Need To Know”