What Is The Name Of The Longest River In France 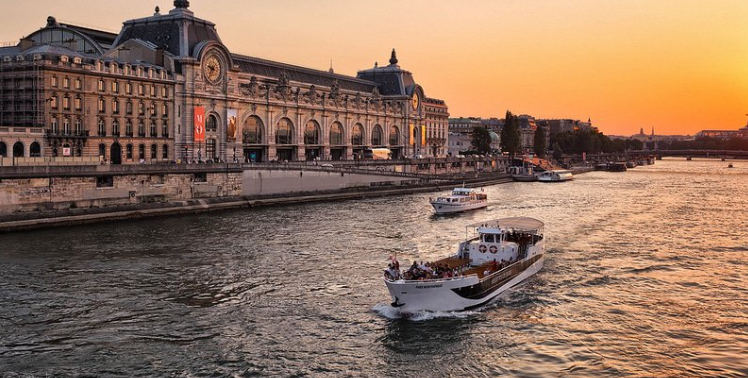 What Is The Name Of The Longest River In France – Here is a ranking of the 10 longest rivers that stream throughout the country!
France has thousands of rivers that flow through towns and villages, offering us typical landscapes of a beautiful country with old bridges, terraces at the water’s edge, or imposing castles that overlook the valley.

Almost all French regions derive their name from the rivers flowing through them.

What Is The Name Of The Longest River In France We start this ranking with the Vilaine river which, 218 km long, is ranked tenth of the longest rivers in the country. Its source is exactly at the Place-Dit de la Source, in Juvigné Mayenne, and flows into the Atlantic Ocean at the city of Muzillac. The Somme is the river in the north of France which crosses only two French departments, the Somme and the Aisne. Taking its source at Fonsomme in the Aisne, at an altitude of 86 meters, its course ends in the Channel at the Baie de Somme. 245 km long, it is one of the 10 longest French rivers. As for many large French rivers, the Adour flows into the Atlantic Ocean after crossing Bayonne. The length of this Basque river was measured at 308 km, making the Adour the eighth river of France. The Charente is a river that measures 381 km long. It takes its source in Chéronnac Haute-Vienne, 295 meters above sea level and its waters flow into the Atlantic Ocean near the city of Port-des-Barques. The Dordogne has its source at Puy de Sancy, in the Massif Central, 1366 m above sea level, and then flows 483 km to finish in the Gironde Estuary. Measuring a total of 950 km long, only half of which in France (486 km), the Meuse has its source in Bassigny (Haute-Marne), at an altitude of 409 m, and flows into the North Sea after crossing Belgium and the Netherlands. The fifth longest river in France is also considered to be the oldest river in the world because it was formed in the Paleozoic era. Taking its source in Spain in two different places (in Pla de Beret, 1860 meters above sea level, in the Val d’Aran and Pic d’Aneto, Aragon), the Garonne flows 647 km including 521, 9 km in France. It is in Gironde, in the Atlantic, that the Garonne finishes its race. The Rhône is 812 km long, but only 545 km on French soil, making it the third-longest river in France. It has its source in the Rhone Glacier, in the Canton of Valais in Switzerland. Crossing Lake Geneva, it continues into the Bouches-du-Rhône where it finally flows into the Mediterranean Sea. The Seine is the second-longest river in France. It has its source on the plateau of Langres at 446 meters above sea level, in the department of Côte d’Or. Famous for crossing Paris at the foot of the Eiffel Tower, it is also for the low slope of the valley, which explains the steepness of its course. 777 km long, it flows into the Channel at Le Havre.

Is the Loire the longest river in France?

The Loire River, is indeed the longest river in France, springing in the southerly Massif Central and running north and west for 634 miles (1,020 km) to pour into the Atlantic Ocean, where it cross pass at the south of the Bretagne (Brittany) peninsula. Its significant stream is the Allier, which connects to the Loire at Le Bec d’Allier.

The Longest River in France Is:

The Loire is the longest river in France with a length of 1012 km. Finding its source on the Mont de Gerbier de Jonc in the Ardèche, it ends its race in the Atlantic Ocean, in the estuary of Saint-Nazaire. At this level, its flow is 1000 m3 / s. The Loire is famous for the castles that border it between Blois and Nantes.

Bottom Line – Which Is The Longest River In France

The Loire, although it is the longest French river, arrives only twelfth position of the longest European rivers.

What is the shortest river in France?

The Veules river is the shortest among all French rivers. It runs through the country as the shortest sea-bound current in France at 1.194 kilometers (0.742 miles).