What Are The Best Things To Do In Lille France 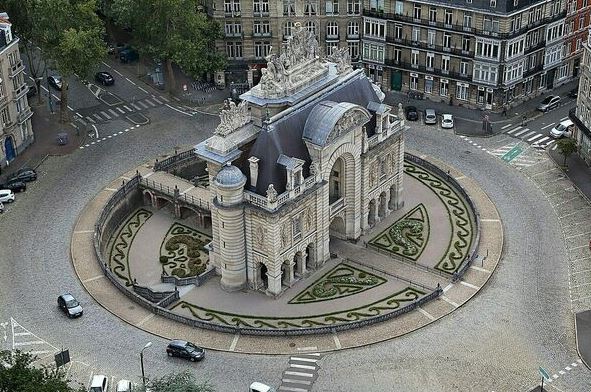 With its charming mix of Flemish tradition, French lifestyle, and gastronomic-cultural pride, picturesque Lille is attracting more and more tourists to the far north of France.

The charming city of Lille in the very north of France is often referred to as an underrated beauty because the far north of France is overlooked by international tourism. Completely untrue, of which Lille, with its scenic old town, is the best example. Also, the 110,000 students in the famous Lille, France University who give Lille its cosmopolitan flair know far better.

When Lille was named Capital of Culture in 2004, the old town has been lovingly restored. The city of Lille in the far north of France is a real treasure trove of cultural and architectural sights. Now more and more France vacationers deciding on Lille as a favorite destination.

Another point of interest in the city took place in the summer of 2016 when some European football matches were played by Stade Pierre-Mauroy.

At a second glance, Lille is a true treasure trove of architectural landmarks reminiscent of the city’s Flemish, Spanish and Austrian past. It was not until 1667, under the reign of Louis XIV, that Lille went from Flanders to France.

What Are The Best Things To Do In Lille France

With the appointment of Lille as the cultural capital, the old town has been thoughtfully renovated, and walking through the pretty alleys lined with richly decorated facades from the 17th century becomes a cultural and gastronomic tour of discovery. The best starting point for this tour of discovery is Lille’s famous Grand Place, also known as Place du Général de Gaulle. The pretty square with its sunny street cafés is the most beautiful in the city and the ideal example of the architecture and local landscape of Lille.

Around the center with the baroque Old Stock Exchange, the most extravagant building in the city, there are magnificent buildings, such as the opera, the Chamber of Commerce with its impressive tower, or the Théâtre du Nord.

Lille France food Tip: Those with a sweet tooth should definitely not miss the historic Meert patisserie on Grand Place. Allegedly, Charles de Gaulle consider their waffles, chocolates and cakes among his favorite desserts. Just one block from Grand Place is the Palais Rihour, one of the last examples of Flemish Gothic architecture. The building was started in 1453 and completed 20 years later. With its sumptuously decorated windows, the Gothic-Renaissance building is considered Lille’s last standing legacy from the Burgundian era.

The Palais des Beaux-Arts on the majestic Place de la République, with an exhibit area of ​​22,000 m², is the most mattering art museum in France after the Louvre in Paris and one of the largest in Europe.

The impressive structure dates from the 19th century and houses paintings, sculptures, and ceramics by great artists such as Rubens, Donatello, and Van Dyck as well as a cellar full of detailed relief maps of the surrounding cities from the time of the Sun King.

Lille France to Paris – If you walk along the Boulevard de la Liberté in a south-westerly direction, you will reach the gate of Paris. At the behest of Louis XIV, the Porte de Paris designed by Simon Vollant replaced the “Gate of the Sick”, which was located there at the time. The monumental gate was once part of the city wall and still stands for the seizure of Lille to France.

Close to the Porte de Paris is the town hall of Lille, which with its towering belfry can be seen from afar. The stunning tower reaches a height of 105 meters and has been declared a World Heritage Site by UNESCO. An elevator takes guests on an audio-guided tour to the top, from where the most wonderful view of Lille opens up. At the other end of the magnificent Boulevard de la Liberté is the Citadel, one of the landmarks of Lille. The star-shaped fortification is framed by five bastions, which were completed in 1670 after three years of construction at the command of Louis XIV.

A visit from the inside is not possible, because the French army elite has their headquarters in the “Queen of the Citadels”. A tour of the secluded meadows around the citadel, which also holds a small zoo, is however possible.

There is also a “Maison Folie” nearby. These “crazy houses” were built as part of the 2004 Capital of Culture year and converting some vacated factory buildings into cultural meeting places. Wazemmes’ “Maison Folie” is one of the most dramatic condominiums in Lille. Also a little off the beaten track, northeast of the citadel is the house where Charles de Gaulle was born. The famous President was born on November 22nd, 1890 at Rue Princesse No. 9. It has been open as a museum since 1983. In this region, you can also find the grand Lille Cathedral. The sumptuous neo-Gothic structure was only commenced in 1854 and completed shortly before the turn of the millennium. The modern west facade from 1999 is particularly striking.

If you also want to get a taste of the contemporary part of the city, head to the northeast of the city. The most youthful district, Euralille, which was only inaugurated in 1994, is established around the two main train stations.

Lille Europe Train Station – The Tour de Lille, an L-shaped office colossus and the tallest building in the city at 120 meters, and the bulky Tour Lilleurope right next door are particularly striking. Both buildings are connected to Gare Lille-Europe, the city’s most important train station with Eurostar and TGV connections.

The neighboring Gare Lille-Flandres is also worth a visit, whose neat facade from the late 19th century once belonged to the Belgian train station in Paris. Shopping centers and the promenade, Rue Faidherbe, invite you to stroll and shop.