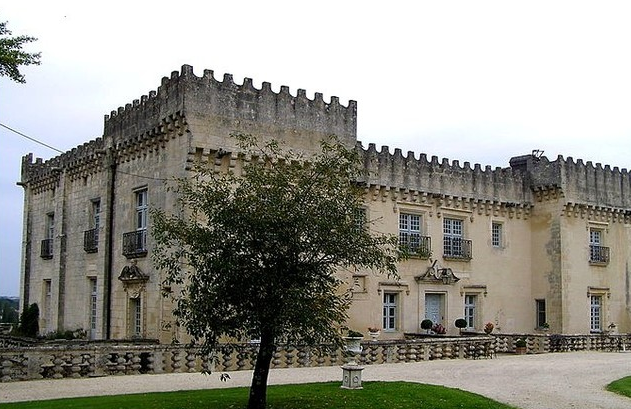 Nersac is a small town (9.24km2) situated to the West of the Department Capital Angouleme (altitude 21 to 74m).  The RN141 passes by to the North of the town, and the RN10 passes to the South.

Angouleme (Cognac) Airport is 23km away (25mins) and to the North of the City.  The proximity of Nersac to Angouleme means it has access to the mainline TGV, with connection to Paris in around 2h20m.

The climate here is Maritime, and therefore temperate with 4 clearly defined seasons.  Average Summer temperatures are between 24C to 27C (13C-15C night), and in Winter this drops to 9C to 10C (3C night).

As with much of Poitou Charentes, the Autumn can be warm, with average temperatures in Sept of 23C and Oct 19C.  The months of October and November are normally the wettest.   Aigre is part of a zone which receives over 2000 hours of sunshine per year.

The Charente Region has a long association with the production of paper, and Nersac has the Musee du Papier du Moulin de Fleurac where visitors can see demonstrations of paper-making as it was in the 18th Century, within a Mill set on the banks of the Charente River.

The Mill itself is a registered Historic Monument.  Also at Nersac is the Chateau de Fleurac which is open to visitors all year, and close-by at Trois Palis is the Choclaterie Letouffe, where it is possible to try your hand at chocolate making.

Nersac is part of the Angouleme economic zone, which has an unemployment rate of 9.7%, compared against the regional rate of 8.6% and the national rate of 9.1% (INSEE 2006).  The company SAFT has a factory making rechargeable batteries is sited in Nersac, and this is said to employ around 700 people.

You will find most of the amenities you need in Nersac, however for supermarkets La Couronne (5km) and the nearest swimming pool is in Chateauneuf sur Charente (11km)

There is a choice of 1 state Nursery and 1 Primary school, but for High Schools (College) and Colleges (Lycee) near Angouleme (12km) provides many options.  There is a swimming pool along at St Yrieux and a cinema at Angouleme. Know Nersac better than we do?  Leave a comment below.