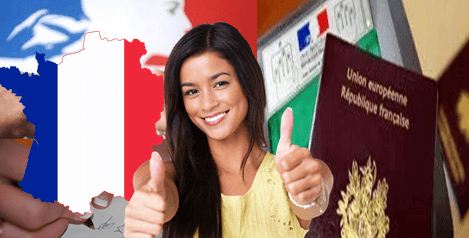 Last October, the French Interior Minister Claude Gueant announced the introduction of tests and the new regulations passed into French law this week. Under the new rules, applicants for French naturalization will need to answer a series of questions and to avoid ‘boning up’ on the answers, the sets of questions will be changed regularly.

Sample question sheets, which have been developed by French historians, appeared in Le Figaro newspaper and contain questions such as: ‘Which of these places is a museum? Is it a) the Louvre, b) Galeries Lafayette or c) Futuroscope. A country whose head of state is a king is a) a monarchy, b) a republic or c) a province?

French Culture – to the level of a primary school pupil

According to the official decree, the foreign applicant for French citizenship must not only ” possess a knowledge of French as characterized by understanding the key points of the French language necessary for the management of everyday life and situations of everyday life “, but the applicant must also ” possess a knowledge of history, culture, and society corresponding to the French level of knowledge in these areas to be expected of a school pupil reaching the end of primary school studies.”

The new culture tests should be in force by 1 July 2012. Foreign applicants for French citizenship will each be asked a series of questions at a meeting at their local Prefecture. Applicants must correctly answer 60% of the questions or get seven out of twelve correct answers as a minimum to earn a pass mark.

Would you pass the French citizenship test?

Examples of test papers containing questions candidates are likely to be asked can be found as a Google Doc on Le Figaro website…..And no cheating!